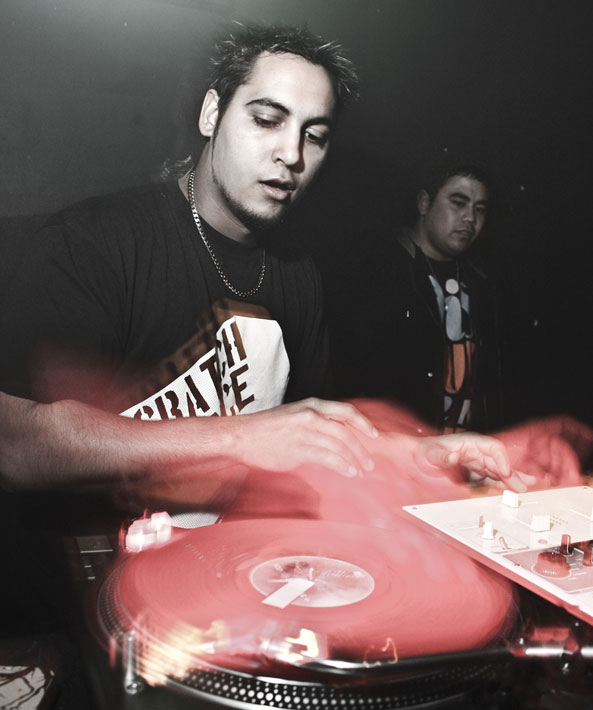 Coming from the outbacks of western Australia, DJ Zeke is a humble but confident warrior. He was exposed to djing from the young age of 13 on a couple of old dusty belt driven decks..."they were horrible" he stated, "but it is what the music department the skool decided to buy". He was however very thankful as this was the beginning of his journey. He was given his first gig at the local youth group through his high school. He had no choice but to use cdj’s as he could not afford vinyl at the time at the age of 15. However he still "rocked the joint". Zeke entered a local dj competition at the age of 17 and won his first residency at a club. This was when he met his true inspiration DJ Junior (A DMC Icon and Veteran in WA). "Seeing the things he could do with vinyl I naturally decided to sell my cdj’s and try my luck at this turntable wizardry... Turned out I wasn’t bad at this scratching business". Zeke then went into solitude for a while constantly practicing to better himself and found that he was becoming more of an artist than a person who just plays music.
After a while he moved to the big city "Perth" or as he calls it the "Big Apple" where he met more turntablists and more musically inclined people and played a lot of gigs. In 2007, Zeke decided to enter the DMC DJ Competition and try his luck, and to his disbelief he won! He went to the national finals in Melbourne and did not earn a placing but said that he "learned a lot about the industry". The following year he persisted and took out second place in the Australian Finals which gave him the title of "2008 Australian Vice DMC DJ Champion". In 2009 Zeke finally earned the title Australasian DJ Champion at the IDA Australasian DJ Championships, Auckland Zew Zealand.

We had a quick chat to him before he left for the world finals in Poland:

This is your first Australian/australasian title, how are you feeling at the moment?
Absolutely great :) winning this title has really inspired me to keep pushing myself further, it's a beautiful thing.

Who or what inspired you to become a battle dj?
An Australian Turntablist veteran by the name of DJ Junior

What was your first battle and how do you think you went?
My first battle was in 2007 DMC, I think I did exceptionally well considering it was my first battle, I won the state title then went for the Australian but was unsuccessful haha.

How do you find being isolated in perth with no influences and other turntablists to inspire you and How do you come up with new material for battle routines?
I find the isolation to be very good, it forces me to research on everybody else on the internet and see where everybody is at on a world level instead of just the local Perth scale. I am very self motivated and I find my inspiration through many things. haha alot of the new material I come up with in my routines is by accident, and then I elaborate on those accidents lol.

Tell us about your new scratch you invented this year and how it evolved.
ah yes! The scratch is called "Dead Flazars". It originally came from the Tazar scratch, and I have added a few different elements to it which has made it a very kool/unique sounding scratch. I posted this scratch up on the QSU (Qbert Skratch University) and Qbert loved it and called me a genius! This was a great experience!

How often do you practice leading up to a battle?
haha its not "practice", its having "fun"... so yes I have "fun" all the time!

How do you mentally prepare yourself before stepping up on stage?
Pretty much by thinking to myself "just have fun out there", I dont like arrogance. We get alot of adrenalin when we perform, so once you harness that adrenalin you can use it for you instead of against you.

How did you find the standards of the competetors at the finals this year?
The standard of the competitors was a mix of advanced to intermediate, so all in all it was a nice mixture.

How would you compare the new zealand turntablist scene to the australian turntablist scene?
The quality of the dj's in New Zealand are quite high, almost every dj I met there could scratch really well and over here in Australia its not like that at all.

The final round was pretty close, in your opinion what do you think made you the winner?
Not to sound bad or arrogant or anything, in my honest opinion, my strongest point is my skratch, and Impact's strongest point was his juggle. If you focus on both of the strong points you will see that my scratching is of world level or higher (which I have been told many times) and Impacts juggles are strong but not anything different or unique.

How do you think you will place in the world finals?
I hope to get a placing!

Anyone you got your eye on?
haha everybody!

Who are your all time favorite battle DJs?
Craze, Rafik, Netik, Tigerstyle, Troubl'.

Top 5 Battle Breaks.
Most Scratch Science and Dirtstyle Breaks, Japanese are great too

Any tips on the upcoming battle DJs?
Everyone enjoy themselves and have fun!

There seems to be less attendance at every battle each year. Where do you see this artform going and what do you think we can do to keep it alive?
I think educating the punters more about what it is with showcases in cities and workshops that the public can just see and even try for themselves. I think too many people are becoming intimidated by the artform, more turntablists need to share and put things out in the open in a friendly manner without scaring people away.

What are your thoughts on turntablism and technology. Eg. The show category?
Awesome stuff! Things evolve and this is where you see it!

Do you think you will continue to defend your title next year ?
Yes

Do you do any club djing and where can we see you play?
Alot of summer festivals here in Western australia Perth which have all sorts of international artists playing as well. I am with a local label also here in Perth which you can check out at http://paperchain.squarespace.com/

Any projects coming up?
Just continuing to better myself and endlessly evolving!

Any Shoutouts?
Thanks goes out to: Mum Dad, and older bro's, my lovely girl, George Scicluna, Shaggi, Beni Chill, Kit Pop, Paper Chain People, Roberto, Javier, Junior, LxD... and all of thos who have supported me. 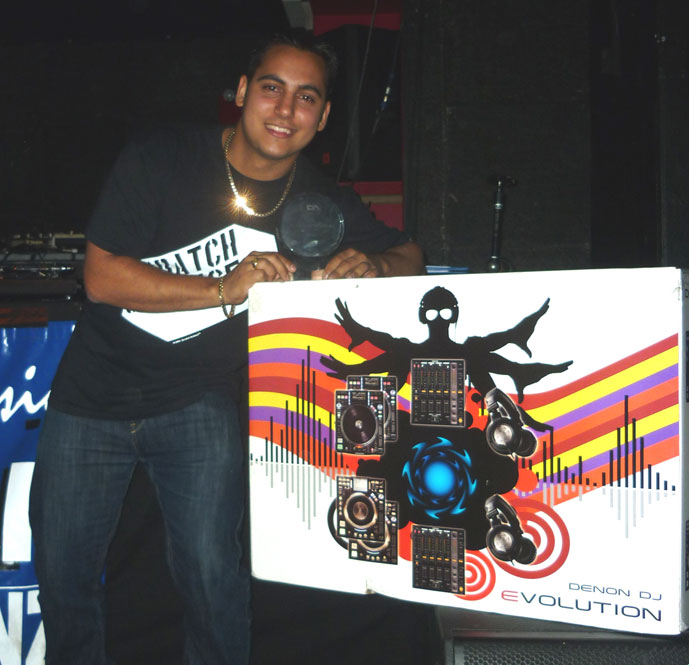