The world's most renown turntablist

* Evolution of the Scratch

DJ Q Bert has come a long way since his debut to the DMC world in 1991 coming second to DJ David (Which many people can dispute). In 1992 he teamed up with Mix Master Mike (after his win at the Word Supremecy) and DJ Apolo collectively called The Rock Steady Crew, to introduce to the world a DJ Crew "playing like a band". The crew  won the world title that year and the year after with just him and Mike (The Dream Team). Q Bert then retired from the DMC battles and formed a crew called "The Invisible Scratch Picklz". There are now many DJ crews around the world taking the art further and further. Q Bert is renown for taking the scratch to it's extreme limits. He is highly respected by turntablists worldwide. Just when you think you can't go any further with the scratch, Q Bert will prove you wrong. For his full bio check out www.djqbert.com

DJ Q Bert's lecture was held on Wednesday the 18th of December. Click on his picture for some photos and streaming video. There were many enquirers but seats were reserved only to existing students and past advance students as there were limited seats. 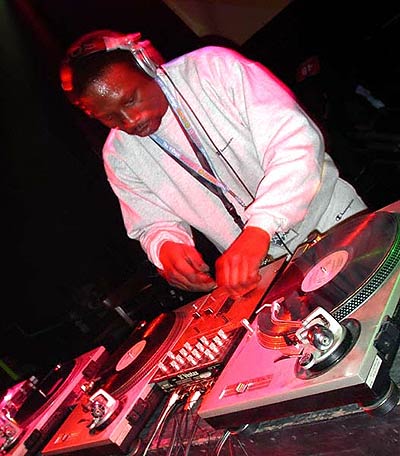 The Original Jazzy Jay of the Zulu Nation

* History of DJing and the Scratch

This pioneer started his illustrious career under the guidance of Afrika Bambaataa. During the 80's club revolution, Jazzy went from performing on the streets and in small clubs to spinning records in NYC's hottest clubs: Negril, the Roxy, the Ritz, and  Danceteria. He was one of the first to bring Hip Hop music to the airwaves, on KISS FM.  Jazzy's three hour show became so popular that it was syndicated on Europe's  Radio One broadcast. With the Jazzy 5, he recorded the hit single: "Jazzy Sensation". He was propelled to stardom when he co-produced the seminal hit "Planet Rock" with Bambaataa and The Soul Sonic Force. Not only having appeared on the movie's soundtrack, Jazzy Jay also played the role of club DJ in the Hip Hop classic: "Beat Street".  More .... 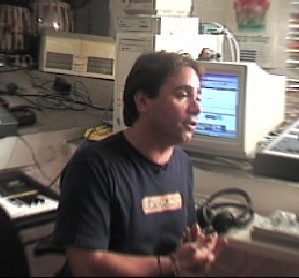 * Setting up a label

Lenny Dee is a native of New York. He started his career in 1984 DJing in a local roller disco in Brooklyn NYC at the age of 17. Lenny Dee is  known to be one of New York’s earliest Techno pioneers. His earlier music consisted of Disco, Electro-Body, High Energy and early House. His dedication to musical excellence eventually paid off when he crossed paths with a local College Radio DJ Tommy Musto. Tommy was so overwhelmed by Lenny’s DJ talent that he asked Lenny to make some music in his new studio in Brooklyn. Tommy and Lenny went on to make over 20 records together on  Tommy’s label Fourth Floor that became underground hits in the U.K. Lenny furthered his career by collaborating with Techno legend Frankie Bones and the DJ / Producer team of Frankie Bones and Lenny Dee was born. More ...

Lenny Dee gave an exclusive lecture at The School on Thursday the 3rd of October. Click on his pic to view the lecture and profile.

* Click on picture for profile and preview of the lecture

Starting his career at just 13, Revolution spent the next 15 years perfecting his craft, scratching, sampling, producing, distributing, promoting and DJ’ing.  In 1996, after sending an outdated mix-tape to King Tech, he added one more item to the list of things he’s done with records: played them on the ‘Wake Up Show.’ If DJ Revolution were merely the on-air DJ for Sway and King Tech's The Wake Up Show, that would be reason enough for his fame. The world-famous syndicated weekly hip hop show has helped break a record or two in its time, and Revolution has been the one manning the ones and twos for the past few years.   Revolution also produced Sway and King Tech's album This Or That, and has released a pair of full-length albums himself, 1999's R2K Version 1.0 and 2000's In 12's We Trust. DJ Revolution has also provided sensational scratches over the years for crews like Styles Of Beyond. A number of these beneficiaries returned the favour on DJ Revolution's Ground Control album In 12's We Trust -- most notably Dilated Peoples (DJ Babu and Evidence), Defari, DJ Craze, Roc Raida, the The X-Ecutioners, and Cali Agents Rasco and Planet Asia. "Work of a Master" comes from In 12's We Trust.

this June featuring our international guest 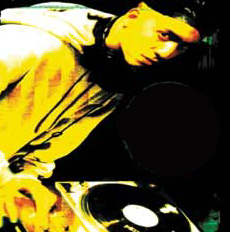 click on picture for full profile and real video

DJ Melo D give an exclusive lecture at the United DJ Mixing School on Sunday the 30th June. If you missed it, You can preview his lecture on the above link.

On the 10th of May, our top students in the Advanced Class had their final examination in a Club environment filled with patrons. Most of them had been DJing for only a short period but showed incredible talent (Both as Club DJs and Turntablists). We were all quite amazed as the top 3 students came directly from the comprehensive beginner course, therefore all the skills they had acquired had been within only one year of true dedication and passion for the art. We are certain that they will achieve all their goals as their talents speak for themselves. Click HERE to view their sets !

To view the comprehensive course winners this year, simply go to the history link. The United DJ Mixing School would like to thank DJ Icy Ice from the world famous Beat Junkies for lecturing a free seminar at the school on Thursday the 18th of April 2002. The seminar was strictly RSVP as there were limited seats, so if you missed out simply click on his picture to preview the seminar !

Due to numerous emails and enquiries on the school in Melbourne, we finally launched the school on the 25th of February 2002 at One Stop DJ in Prahan with a FREE Seminar by our regular international guest : Click on the above picture to view a section of the seminar in Real Video.

For upcoming seminars in Melbourne please email us

We would like to thank DJ SHORTY BLITZ (Kiss FM UK) and DJ SKIZO (2000 Italian ITF Team DJ Champ) for making DJ Seminar 2002 a huge success. We would like to also  apologise to the people that we had to decline, as there were limited seats and our priorities were for keen people that reserved first. If you missed it, here are some Real Videos of the Seminar for you to check out ! Congratulations to DJ Plus One who gave an exclusive lecture at the United DJ Mixing School recently, and went back to the UK to win the 2001 Technics WORLD DJ Championships on September 22-23 at the world famous London Apollo.

Click on his picture to read his interview with the school and watch a brief video of his lecture.

Earlier this year, we were offered by Vestax Japan to run a Competition on our web site as they were giving away the famous 05 Pro Mixer to all Web Partners. We decided to ask the question "What NEW Innovative feature can you add to the Existing Vestax Mixers ?". After thousands of entrants, we have decided the winning answer. We thank all of you that anticipated and submitted some really innovative ideas, but we were looking for just one that could possibly further the art of DJing and Turntablism.

"Most large studio mixers have the ability to store fader and knob positions and recall them at a press of a button. Taking that one step further, what if a mixer had the ability to record, in real time, fader and eq movements and then be able to play them back. This would free up at least one hand to do more inventive things with the turntables or effects. All good mixers have VCA faders, so you would not have to physically move the fader, but just replicate the control voltage. A similar thing would have to be done with the eqs. I guess as more mixers start to use optical and/or digital parts, this will become easier to do."

Congratulations Dylan, your Vestax 05 Pro Mixer Valued at $1,200 is now being shipped to you courtesy of Vestax Japan.

THE DEDICATED ACHIEVERS OF THE DJ SCHOOL

Preview our 2001 Advance course winner utilising 3 decks, spinning the latest hard house tracks and breaking it down with smooth transition into 80's funk and hip hop! Congratulations to Nick J who recently had his first break Spinning at the ICE BOX alongside Bexta, Amber Savage, and Dave Forward.

Also congratulations to DJ Basskatt who completed the Slamm DMC DJ School as well as our United DJ's Advance Course. She is now the resident DJ at Sounds On Sunday and appearing at Ice Box on the 14th February, Back to Back with Dave Forward who completed our first Advance course in 1999.

Daniel Morris (AKA DJ Spin) was the youngest DJ to join our comprehensive course. At the age of 13, his parents signed him up for the course and he rapidly showed major improvements. Last year, he was approached together with the School by BBC London and he became one of the main feature story filmed for "BBC Club Choice" (A Worldwide Documentary on the Clubbing Culture in all major cities around the globe). This documentary hosted by Dave Seamen was aired in London Prime Time TV earlier this year, and is yet to be released in Australia.