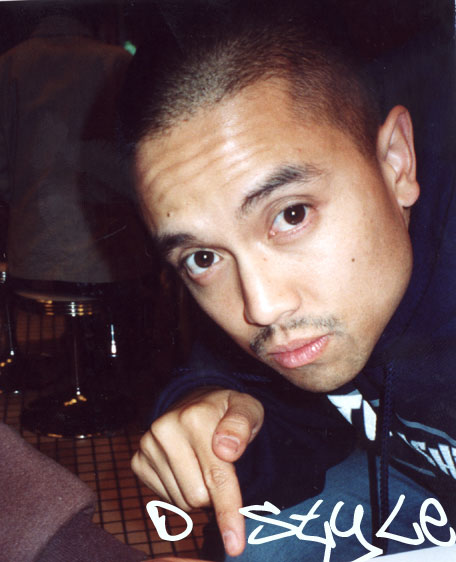 D-Styles, aka Dave Cuasito, was born on July 6, 1972, in the Philippines and raised in the Bay Area of California. He came across the musical art of "scratching" in 1984 on his dad’s home stereo. Armed with his first Radio Shack-brand mixer and one turntable, D-Styles was motivated by such music as Malcolm McClaren’s “Buffalo Gals,” Herbie Hancock’s “Rockit,” and Run-DMC’s album Raising Hell.

By age 15, D-Styles was mixing at parties and school dances. “That was during a time when there were a lot of gangs and it kept me away from all the trouble I could've got into,” explains D-Styles.  “It made me focus more on music and making music rather than getting in trouble and going to jail. Plus it was all about good music in general. It wasn't about one specific type of music; there were no walls to separate the music. You could play any type of music and the crowds appreciated it."

At this time existed a Bay Area tradition where mobile DJ's battled each other through impressive sound systems and light shows. Along with his own mobile DJ crew named Sound City Productions, D-Styles began battling other DJ crews in 1987.

“Back then at my first battle, no one was really scratching,” says D-Styles. “I'd be the only one scratching and juggling, and I remember people walking away. The crowds were more impressed by the quick mixing.”

Eventually, D-Styles’ friends and fellow members of the Sound City crew would become involved in gangs causing the mobile group to disband. Still dedicated to music, D-Styles soon entered solo competitions with the hopes of one day entering the DMC championships. Between 1988 and 1993, D-Styles continued to enter local and state DJ battles and competitions, never actually winning a major competition. Incidentally, it was during these years that he met and battled other DJ's such as Qbert, Shortkut, Quest, Disk, 8-Ball and Rectangle. By 1993, D-Styles also met DJ Rhettmatic of the World Famous Beat Junkies, and along with DJ Shortkut, became a proud member of the Southern California-based crew. As to the Beat Junkies, D-Styles notes, “We were all true friends to begin with who had DJing and music in common.” Despite his growing network of friends, it was also during this time that D-Styles first imposed the self-isolation that would become a trademark of his personality. 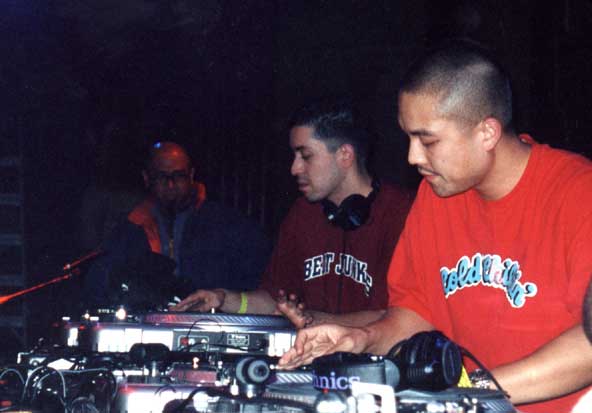 D Styls and Melo D Showcasing with the PDX 2000's

“In 1993, I remember watching myself on videotape and feeling disgusted with myself as far as originality was concerned,” recalls D-Styles.  “I sounded like a cross between Qbert and Mix Master Mike and everyone else who was popular at the time. I was catering to the crowd and for the judges, and I didn’t have my own style.”

Determined to find his own musical style, D-Styles stopped entering battles altogether. “I went back to the blackboard and decided to find myself,” says D-Styles. “Like how a snake sheds its skin, I wanted to shed the effects of my influences because it was so clear who I was trying to imitate.”

This period of self-imposed seclusion found D-Styles concentrating more on music composition and production. With two break records already under his belt (1990 and 1991 collaborations with Bay Area DJ G-Swift ), D-Styles began honing his production skills through the use of samplers and drum machines. “I wanted to make my own beats and scratch over my own music,” he explains. The beats D-Styles generated in his home studio led to collaborations with numerous local emcees, notably Jihad of Third Sight. Recalls

D-Styles, “I made beats for them; scratched for them.” Eight years after first joining Third Sight, D-Styles continues to record and perform with the hip-hop trio. 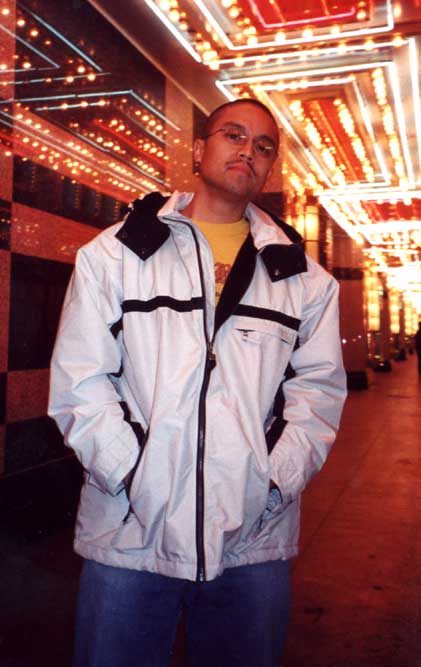 In 1996, Qbert and Yogafrog asked D-Styles to join the group Invisibl Skratch Piklz (ISP). “I was excited,” recalls D-Styles. “It was an outlet for me to share my music. I felt that by having my music heard through the Skratch Piklz, I could share my music in a non-competitive environment.”

The Skratch Piklz, revered around the world by scratch fans young and old, were featured on countless magazine covers and garnered long-standing endorsements with Shure Needles and the Japan-based company Vestax, manufacturer of turntables and mixers.

Between 1997 and 2001, D-Styles toured with ISP and performed in various countries around the world. He describes his time with the group as having broadened his mind to the potential of scratch music. “After joining ISP, I took scratching more seriously,” explains D-Styles. “Instead of battling, now the competition was with each other. Qbert, MixMaster Mike and Shortkut were so into the music and ahead of the time, that it forced me to keep up and advance myself.” One obvious result of that advancement was “Razorblade Alcohol Slide,” D-Styles’ contribution to Qbert’s Wave Twisters album. The all-scratch song was composed in 1998 and its infectious violin hook made it an instant favorite with Wave Twisters fans.

By September of 2001, D-Styles decided to part ways with what was left of the now-defunct Invisibl Skratch Piklz and return to his original crew the World Famous Beat Junkies. “Although I was not widely known as being a ‘Beat Junkie’ we have always remained good friends from day one,” explains D-Styles. Having relocated to Southern California, he is optimistic about his future with the popular and multi-talented DJ group.

D-Styles assures that his much-anticipated solo album Phantazmagorea (a collection of all-scratch songs composed sporadically during his down time with ISP) will be available in stores and on his website www.djdstyles.com this Halloween. A turntable quartet featuring D-Styles will begin a nationwide tour of his album immediately following Phantazmagorea’s release. “The missing element of scratching is that people aren’t performing their songs live,” says D-Styles. “And that’s where I want to take it.”

A single featuring the songs “Felonious Funk” and “Murder Faktory” from the forthcoming album was released in July.  Phantazmagorea will be introduced to the world on Halloween (October 31st) on the crew’s label, Beat Junkie Sound.

The Beat Junkies demonstrate that they possess the imagination to create musical masterpieces.  Throughout the world, their signature mark identified as the “Beat Junkie Style”, is synonymous with success.  These musicians have mastered the ability to combine precision, along with the DJ techniques of the blend and the scratch to create compositions that cannot be imitated.  For more information visit the group on the Internet at http://www.beatjunkies.com.

D Styles gave an exclusive lecture at The United DJ Mixing School on the 5th of March. Melo D also came along and kindly showcased a team set with D Style on 4 decks. Preview sections of it below.