Australian Finals at "The Lounge" in Melbourne on 20th October 2001.

Here are the results with Real Videos of each contestant uploaded with complete permission from Vestax. You will need Real Player installed on your system to view these videos. If you don't have it, you can download a free player from http://www.real.com/

Click on the Picture to view the contestant's routine and submit your vote below  ! 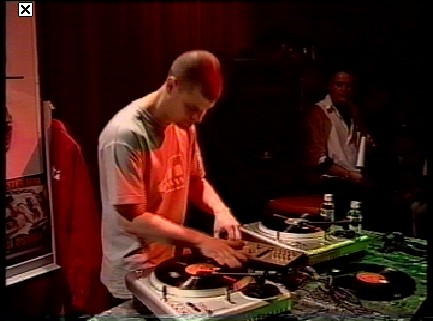 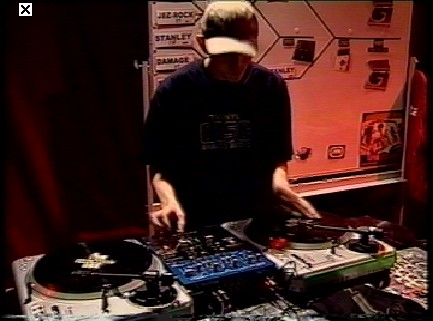 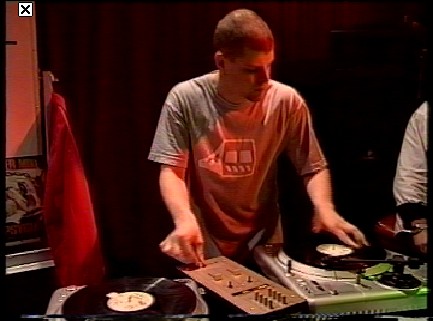 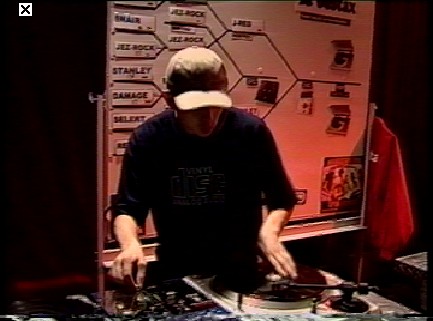 The results are as follows :

"WHEN THE NEEDLE DROPS THE BULLSHIT STOPS"

DJ PLUS ONE WINS THE 2001 TECHNICS WORLD DJ CHAMPIONSHIPS !

A Big Shout out to DJ Plus One for taking out the World Finals this year at the London Apollo last Sunday on September 23rd. We have a recent interview with him when he toured Australia and taught at the United DJ Mixing School. The results are as follows: 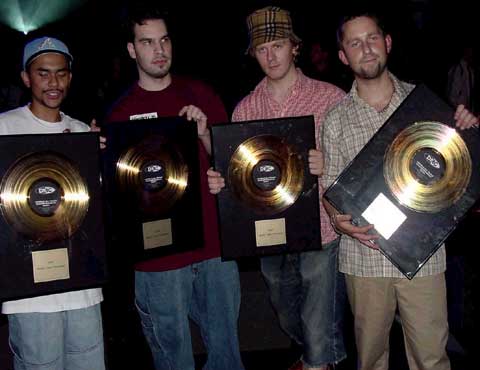 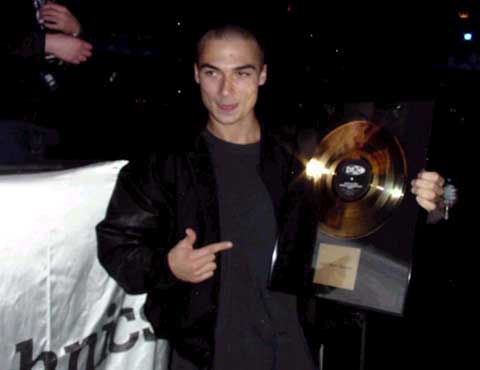 You'll be able to check out the winning sets on http://www.dmcworld.com/

CONGRATULATIONS to 'DJ SAMURAI' who took out the Australian DMC Finals last Friday night, the 24th August at Melbourne's METRO. DJ Samurai (From NSW) has been building a reputation for himself for his originality, creativity and his own unique style in the DJ Battle circuit within the last 3 Years. He has now finally earned the title "Australian DJ Mixing Champion" and  will now be representing Australia at the World Finals in the UK on September 22/23 at the London Apollo. The runner up was J-Red from Melbourne, whilst DJ Decipher from NSW took the third place.

Also CONGRATULATIONS and a big shout out to the Winning team champions :The Dirty Duo (DJ J Red and DJ Select) from Victoria. A Full review of the night will be uploaded soon !

Here is a brief interview with DJ SAMRAI ...

Who or what inspired you to become a Battle DJ ?

It was a natural inspiration, I've always wanted to be a DJ, but didn't realizethe depth of it, I think the first person I witnessed was your self, I saw KC in Central Station Records, and all these people were crowding around, didn't know who the hell this guy was, but then I watched a video witch had all these guys skratchin, so I immediately wanted to be apart of that!

What/ when was your first battle ?

1999 NSW DMC, I did pretty bad, but it was like 5 months after I had touched a turntable, I came third so I was stroked.

What are the current titles you hold ?

Do you prefer the DMC Format of Battling or the ITF format and why ?

As you can see from the above, I don't do well in ITF, I love both but I have more bad luck when I attend an ITF, I feel more power in DMC like more control, ITF involves a lot more strategy.

What International Turntablists do you look up to ?

W.A had a 14 year old who was one of the youngest DJ's to enter and he came 3rd, but now you're the youngest ever to win an Australian title, what do you think about that ?

Nobody gives a crap!

How often do you practise and for how long ?

Every morning and night, 1 hr in morning, and bout 3 hrs at night.

What did you think of the standards of the Comp this year ?

Pretty high, still believe I'm not the champ until I beat the champ! we all know who that is???hahaha

How do you think you will go in the World Finalsthis year ?

Is there any other DJ's from other countries that you are looking out for ?

Plus-1 from the UK

Any tips for the upcoming Turntablists ?

Finally How does it feel to be the new Australian Technics DJ Champion ?

Still hasn't sank in, a lot more phone calls and interviews than expected, but I still have the same boring life I had before I won??? DEJAYING DOESNT PAYTHE RENT!!!

On the International Front, USA who has taken out the World Titles almost every year for the last Decade had their Finals on the same date in San Francisco last Friday.  DJ Klever from the allies has managed to win the title again, with DJ Precyse of Chicago (the New York regional champ) placing second and DJ Infamous, also of the Allies placing third. This year they decided to have a well know celebrity "Ice T" to host the event in conjunction with mind-blowing performances by DJ Swamp, DJ Craze and A-Trak, and Roc Raida and Total Eclipse of the X-ecutioners. Bet you can't wait to get the Video !

Klever will represent the US in the DMC/Technics 2001 World Championship on September 22nd and 23rd at the London Apollo. 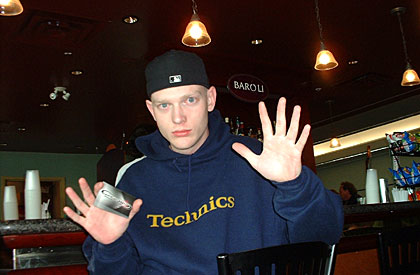 Below are the results of the NSW DJ Championships.

Click on the DJ Names below to watch the real video of their set.